True North Theatre was founded in October of 2016 in Orono, Maine, by a group of people committed to high quality productions and a positive working environment.  Theatre has a remarkable ability to teach empathy and understanding of those with different experiences than our own, and we are committed to bring our audiences as many different experiences as possible.  Please check out the links above to find out more about what we do!

Mark Bilyk (Board of Directors):

Mark has been involved with local theatre since 2000. He lives in Orono with wife Janet. Real work is as a real estate appraiser. Outside of work, theatre has taken most of his time. Mark is also a story-time reader at the Orono library, in PJ story time with Mark. Mark is a member of the Orono/Old Town Kiwanis club, where he is located at the annex barn during auction weekend. Last year he took a turn as an auctioneer, and, is hoping to give it a whirl again. This new Theatre group, these people, are very close to his heart. We will make a good go of this!!

Angela has been a director in Maine for almost 10 years, on productions including Calendar Girls with Penobscot Theatre Company, The Miracle Worker, The Odd Couple, and Over the Tavern with Orono Community Theatre, The Mousetrap, Talking Heads, and Harvey with the Belfast Maskers.  Angela is also a Certified Teacher of Stage Combat with the Society of American Fight Directors.  Teaching credits include such institutions as the University of Maine, the University of North Carolina School of the Arts, Roosevelt University, and numerous workshops, clinics, and independent classes.  Her choreography has been seen on the stages of Lewiston’s Public Theatre, Theater at Monmouth, Penobscot Theatre Company, and New Surry Theatre.  Angela is a graduate of AMDA, and has a B.F.A. in Performance from Roosevelt University’s Chicago College of Performing Arts.

Tellis Coolong has been actively working in independent theatre in one way or another for the past ten years now. With Orono Community Theatre he appeared in productions of The Odd Couple and The Miracle Worker (directed by TNT”s Angela Bonacasa), The White Rose, The Real Inspector Hound. He also worked with Stillwater Stage in their production of Waiting For Godot. Telly is a graduate of the University of Maine’s theatre program and is the author of the novels Walczyk, I Am Not Walczyk, and the upcoming The Next Walczyk.  Telly is a resident of Miford, Maine.

Holly Costar (Board of Directors):

Holly is glad to be rediscovering her love for theater through her connection with True North Theatre. She served as Props Mistress for Becky’s New Car, and recently returned to the stage after a 15-year hiatus as a member of the cast of the Bangor Rotary Club’s “Music Off Broadway” show.

Louise Jolliffe (Board of Directors): 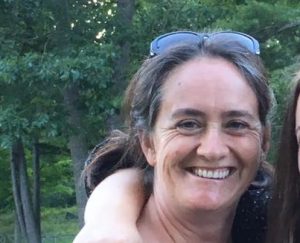 Louise has been the Youth Services Librarian for the Orono Library since 2009, after working as the assistant in the children’s department since 2004.  She holds a BS in English Literature and Latin from Boston University.  After many years of employment in the retail world of books, she decided that instead of pushing that extra sale and adding a plastic trinket to a customer’s purchase, she prefers adding a favorite book to a patron’s already large pile and exclaiming, “It’s free!

Paul Nicklas (Board of Directors):

Paul Nicklas has appeared in area productions of The Real Inspector Hound, The Odd Couple, Plaza Suite, and Unnecessary Farce.  His most recent performance was as Richard in The Lion in Winter.  He lives and works in Bangor.

Though new to the world of theatre, Erica is enthusiastic about True North Theatre’s mission and values.  She is an attorney with Pine Tree Legal Assistance, and has resided in Maine for the past ten years. Aside from her True North debut as Kenni in Becky’s New Car, Erica’s lone theatre experience consists of her high school’s production of Barnum, in which she played a dancing pony.  She has held leadership positions with various boards and committees for the City of Bangor, the Maine State Bar Association, the John Waldo Ballou Inns of Court, and the National Organization of Legal Service Workers.  Erica lives in Brewer with her partner Kirk and their two cats.